Below are two maps of Tasmania and one of Empire

The first is a map of the British Empire in 1897. Tasmania is demarcated as a “British Possession” and located on the bottom right, under Australia…
(From: http://www.victorianschool.co.uk/empire.html)

The second map (Tasmania, 1908, Dodd, Mead and Co.) demonstrates the British Empire at work. Colonial surveyors dissected this island into counties. Most were doppelgangers of Counties in the English Motherland, some were Welsh Counties – here forced into new neighbouring relationships with one another. Some were named after millitary heroes. Bizarre.

The third map (1831) is: “Military operations against the Aboriginal inhabitants of Van Diemen’s Land” (my maternal people & Ancestors….) “Ordered to be printed by the House of Commons, 23 September 1831”. 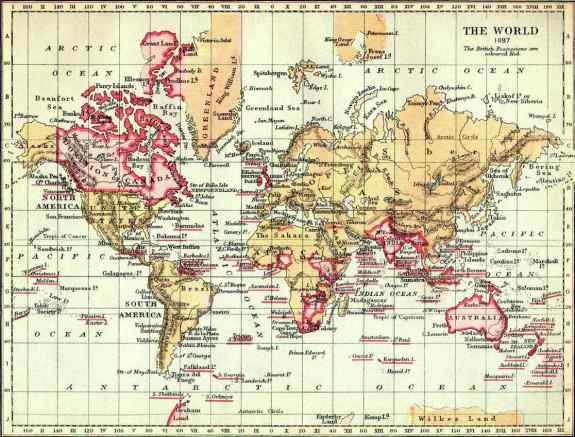 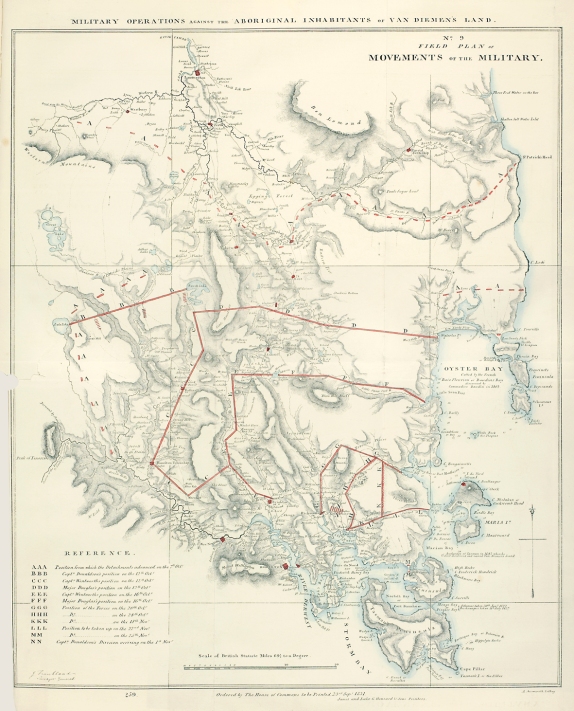